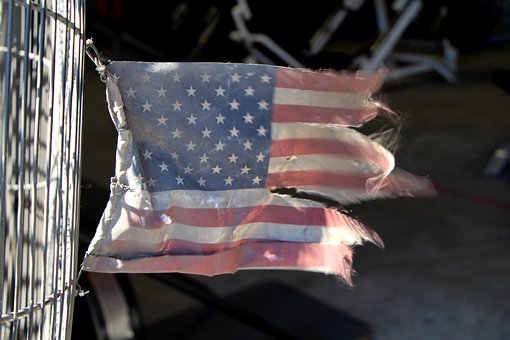 Now, who  could have guessed we would survive this long? Stumbling into another decade. January’s already toast.   See what happens?  Happens when you’re not paying attention?    A lot of things.   Some wonderful, some outrageous, and some absolutely tragic.  Let us  comment and try to cover a few. Here and there.

First of all,  let us comment on the season…the new decade. 2020 !
Happy New Year to  everyone… and of course these are belated 2020 celebratory wishes which may or may not be  relevant. So?  Happy New Year. To everyone. In Canada AND the United States of America !

No matter who you are, what ethnicity or colour you may be blessed with.   Or where you are, what you happen to do for a living?  No matter.     Authors included.  How about that for a challenge? Be fearless. Start without tacky New Year’s  resolutions. (Which most people fail to bother with anyway.)

Change takes honesty.  It takes eye-opening integrity. Logic.   Above all it takes facing reality.  Being fearless while also feeling unsure, being alone,  poor, homeless, friendless.  Being impoverished, or ill is tough. Just facing reality is  hard to do at times.  But it is also the  most worthy challenge for 2020 as we ‘move forward’.

For 2020,  this new year— and beyond. Do we have any? Do you have any aspirations? Hopes?  Dreams of personal progress? Potential?  Issues  remain important here at Incomingbytes.   Issues like …  are we seeing honesty in national leadership?  Is there growth, advance, integrity  in any leadership?  Do we even have leadership? Well?

Well, er… no, it seems sketchy or even absent at times.   But that is the first reason to be fearless.  Step into the breach.  Band together and demand accountability, honesty, logic, reason, competence in leadership, and strength in adversity.  Demand better. From yourself and others.  Demand actual leadership from ‘leaders”. Then, aspire to be successful personally.

Keep in mind, success, genuine success, like it or not,  is often an accomplishment of the many.  Yes, like it or not.  Aspirations are more likely  to be successful collectively, collaboratively.   Same goes for hopes and dreams.  B

President Trump impeached.  For unproven ‘abuse’ of presidential powers,  like  poking fun at  Nancy Pelosi ( D).  That’s the Dem house leader,  who gleefully mutters to herself as she bangs her gavel wisely and distributes ‘impeachment pens’ as souvenirs. Hint:    She hates Donald J. Trump with venom unseen in politics in decades. Shall we poke fun at persons honestly working, or just working to destroy those who are working?

Of course Nancy  wants all Americans to believe  her  personal  “non-partisan” statement that she is  so sad  about impeachment as she grins like a zombie lunatic on drugs. And bangs away some more with her gavel, digging furiously for more dirt to plop onto the desk in the oval office.

We call it zeroing in for the kill.  Dreams of  fulfilling her fondest wish, to destroy the Donald she hates.  At least that’s what she thinks she is doing.  Her minions strangely display the same weird tics…but let us not go there. Too many slavish minions sweating, honking and braying can ruin the soup.

Meantime the Donald  denies all, and successfully carries on with trade deals, signing the USMCA.  US, Mexico & Canada (at play up in the snow).  And China, huffing and puffing.   And the Donald  gets ever busier. Doing important presidential stuff.
Like dealing with Iranian terrorists.  You got it. Major Soleimani.  Iran’s best, most beloved, most devious, general icon of proactive state terror is conveniently sent to hell with an American drone smartly spouting missiles.  Like Big Bond. James Bond. One minute, one bang,  one one-way ticket.

You figure it out.  What happens next?  What has to happen next?   Good guess.  Iran’s obsessive, control freak spiritual leaders are pissed. Furious,   President Rouhani  (he with steaming turban)  is pissed.  The people are pissed  out in the dust of the street. The people mimic their “leader”,  and respond. They’re mad as hell.  Mind you, they were already pissed. Revolting against their hallowed leader(s) archaic dictatorship .   The obsessed and indoctrinated and dusty— inevitably all  follow suit

A few nasty rockets are angrily fired at US bases in Iraq…  Amazingly deemed vacant.  We find out otherwise.  Later.   Nothing but headaches, no casualties, the Donald states.  The Donald understands outrageous Iranian blather and the nature of the Big Deal. He finally admits there were  concussions involved, etc.  A footnote.  Imagine that.  Choreographed retribution and blather galore is pursued by both sides,  participation in a sandbox frenzy to impress.

So the Iranian military  “accidentally” choreographs a horrific event, a crime against humanity, a war crime at its finest.  They shoot down a Ukrainian commercial airliner with surface/air missiles.   Two missiles…  Blasting Ukrainian Flight 752  and all  178 innocent on board. Consigned to be innocent victims in well, history books…  Innocent people. No survivors. No one aboard lives to tell on Rouhani.  He knew it was done but lies about it to the world.

Some 57 Iranian Canadians died.  The rest of the victims were  Iranian nationals,  Swedes, Germans and a couple of British. All  considered acceptable collateral damage to the  soulful persons  shoveling away in the Iranian sandbox. Iranians killed. Imagine that.  The great spiritual leader sweats taqiyya lies for a couple of days, insisting it was mechanical failure. A mistake.   Something. Anything but the truth.

How predictable was that?

Oops…you guessed it.…video evidence proves it was a missile. Videos surface.  The esteemed, lying President of Iran, Hussan Rouhani backpedals furiously in a tangle, insisting it was accidental.  As of this date, the black boxes have  YET to be released to any civilized country that is equipped to read them.  Right.  Get it yet?

The  offended, dusty, roaring street people of Tehran are not amused.  We bless them as they temporarily change directions to rip down General Soleimani  posters and banners.  Really.  Yes, they  are correctly directing plentiful rage and anger  at the great Rouhani, the great spiritual mullah with steaming turban. The one   who lied.  Again.

The great leader who specifically killed Canadian and Iranian citizens and also Swedes, Germans and Brits doesn’t appear to blink.  Doesn’t bother to shed tears for the innocent.     Far short of honesty, Rouhani denies any responsibility for  aircraft, murder,  accidents real, accidental, or maliciously planned revenge… we know that.
Rouhani maliciously and arrogantly fakes cooperation, but  keeps the black boxes out of capable hands  of Canada, France, and the USA —which all have  technical expertise to download,  read, and interpret black box recorder data.

Back out on the streets of Tehran.   So much for all  that loyalty, grief, and victimization expressed by dedicated General Soleimani fans. Anger at the great spiritual leader President Rouhani  who lied.  He who doesn’t blink whilst contemplating new creative taqiyya lies to cover up videos while sound tracks prove his original sins, more original sins and taqiyya lies.

Oops….“The light is a missile” audio recording comes to light.What will   Iranian President Rouhani do next to deflect guilt?

You guessed correctly.The great President Rouhani  quickly fabricates more  Taqiyya lies, blather and casts death equally and traditionally, damning  the great American Satan once more, ( you know, death to Americans, supposedly, President Trump specifically).
“The evil Donald  “did it ALL” … Rouhani stands arrogantly. He believes himself.  ( the crowd shakes their fists, roars, and  spews hate at all civilization as he points his Nancy-like fingers west and blames Trump.)

Rouhani  doesn’t bother to blink. He wrings out his steaming turban. (Having undoubtedly received timely acting advice from Justin, who has a brother.)

Brother?  Yes, brother, Alexandre Trudeau, who   is conveniently ‘working in Tehran. ‘ Producing  propaganda”best brainwashing& practical advice” films for Iran. Working for the Iranian government.  How about that?

Iran deflects the  uprising dusty street anger back at the U.S.  and President Trump. Bad Boy Donald, being impeached by Nancy too. That proves it.  Americans done it. Yes sir. Must have done it. Caused it all.

The Liberal-biased American and bribed Canadian media push the envelope…  Nancy Pelosi  thought that would do it.  There, that ought to do it. On with the impeachment hoax. Order extra gavels.

Trudeau  Gets Involved and  Addresses the Issue…

Meantime, up in Canada,  Trudeau the Muslim convert,  the weak and dishonest ideologically-obsessed Justin the traitor  — plays  his “big boy diplomat’  sleazy  hand and implies Trump’s  guilt, his  precipitating and causing Rouhani’s crime against humanity.
Imagine that.   President D. Trump put on trial by the two-faced Trudeau, the liar, the traitor, the childish tear-filled actor who gets off on insulting the President of the United States.  Behind his back.

Imagine Trudeau offering his delusional, childish speculation to the  obsessed Rouhani, giving him more excuses and lies.  And  encouraging  the already-distracted and deluded, gavel-banging  Pelosi. It  must have left her  giddy, happily jumping for joy, banging her gavel.   We can only imagine.  We are supposed to automatically believe that, too.

” Trump must have caused the escalation by offing (a known Iranian terrorist) .  That must have  “accidentally”  caused Iranian troops to accidentally fire two Russian missiles.  At the closest, handy commercial airliner loaded with Canadians and other innocents which was on schedule as normal . Two missiles. A couple of mere moments apart.  That’s it. That must be it.  Caused the Iranian Elite Guard to jump up and down and fire excitedly on an established, known,  heavily-traveled commercial airline route and schedule.  Why sure, we ALL believe that.

“Trump  “must have”  also bribed  onlookers to watch the two missiles  fired,  and “must have’ paid   onlookers  to record videos of the crime against humanity. Just to insult Iran, Rouhani and his fabrications.  That must be it .  He “must have” caused Rouhani  to be sure to tell lies, withholding the truth to the world.   He “must have” sneakily asked Rouhani to bulldoze the crash scene to hide evidence too. And he “must have” encouraged Rouhani  to refuse to share the black boxes with critical flight data with the international aviation community …  we just bet,,,that’s it… There ‘ya go.
Any fabrication is a delight when used for a hoax.

It undoubtedly made Pelosi and her minions exceedingly happy.

And the Status Quo …

Meantime, the roaring, running, furious,  admiring,  uninformed street  people in Tehran are carefully choreographed, raising their fists in unison,  shouting, chanting, you guessed it… Death to America  once more.

Isn’t the Middle East status quo of screeching and raising dust  helpful?
We got that.

Until next time…  Watch for missiles.  And comment below.

**Breaking News:
President Donal Trump was exonerated by the Senate.   How about THAT?   oh…oh…. The Democrats and Pelosi are having a tear-down FIT.  Nancy Pelosi tore her copy of Trump’s speech right down the Mississippi— in front of the cameras.
She lost it.

(Meantime,   let’s also note that the IOWA Democratic leadership caucus was a total disaster. Nobody won.  Yet.  If ever, we predict.)

On to New Hampshire.  It just keeps getting better and better…

The Democrat delusion. Spreading to a State near YOU.