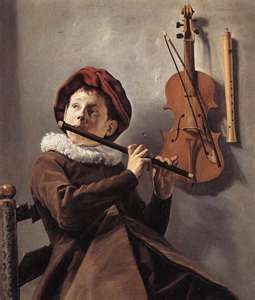 “Double dog dare ‘ya, Orchie! ”  Arthur yelled.
” ‘Ya won’t go higher !”
The five boys stood back, each secretly admiring the courage shown by the lithe blonde 11-year-old  in blue-jean shorts.  She came  equipped.  A silver-coloured trumpet dangled on a piece of twine from her belt.
“Will so! ” she shouted  from high above them in the huge white oak tree.
“No watching either!” she shouted. She stretched for the next branch. The trumpet swung, banging against the trunk.
“You gotta  be where I carved my initials!” Arthur yelled.
“She’s already higher,  she’s braver than you, stupid!
” Is not!”
“ Is too!”

Orchie stopped climbing and sat on a branch.
“I’m higher already,  Dewie!”  She pointed below her.
She pulled out a red-handled jackknife and quickly carved a heart in the bark.  She traced her initials with the small blade, chips of bark and wood sifting down in the mottled sunlight.
“There!” That proves it, if you’re brave enough to come see it!” she giggled.
“You’re not finished yet, double dog dare, remember?”  Big Bob shouted.
” ‘Ya gotta play “The Yellow Rose of Texas” hanging upside down! ” Arthur yelled.
“Are you kidding?”  I already climbed higher than you did!  “Have  you no honour?” she shouted down at them .
” You promised you would join music class if  I got here, every one of you!”

Middle Bob looked up and nodded. “She’s right, we said ‘scout’s honour, hope to die if we lie’, remember, scout’s honour ? ”
Arthur smirked. ” It would still be funny to see”.
“If she falls it’s your fault” Little Bob,  the smallest kid said. “I’ll tell my mom”.
“Them branches aren’t too big”  Middle Bob agreed, squinting up into the sunlight.
“I know what we’ll  do,”  Arthur offered.  “We’ll compromise”.
“Hey, Orchie! ” he shouted. “We’ll let you off the hook!”
“You can hang upside down and play “She’ll be comin’ ’round the mountain”, — two lines!”
“Suit yourself! ” Orchie laughed.  “That’s easy”.

She wrapped her legs around the narrow trunk, locking her feet together  and hung, backwards, head down, looking at them.
“Wow, she’s so brave!” Little Bob said. “Braver than us!”
“Poor boys!” Orchie laughed. “Anyone can do this!”   She reached down and grabbed her trumpet and began to play.  Arthur sang along:
“She’ll be comin’ ’round the mountain when she comes!”
“She’ll be drivin’ six white horses when she comes!” —–

Five jaws dropped in dead silence.
The white blouse separated from  blue jeans, exposing the pale navel but little else. They stared.
“Whooot whooooooot !”  “See that?”  Arthur shouted .
“That’s it!” Orchie said,  her face bright red, dropping the trumpet to the end of it’s cord.
She quickly righted herself and swung down, branch to branch, lightly dropping  to the ground in front of them with the grace of a cat.  She blared a few notes loudly at them.
It sounded dangerous,  like a cavalry charge.
“Get a good look boys?” she challenged, nose to nose.  Dewie shook his head violently, looking at the others.  Arthur  backed away.
Silence.  Faces were red. She laughed.  “You’ll need more courage than that!”

” Now you have to sign up….so you’ll be playing violin boys?”  she laughed. “Our new orchestra needs a trombone player and a flautist too.”
She laughed. “Last one showing up will be the flautist”.  She smirked.
The boys  cringed.
“–By the way, boys,” Orchie added, ” -three o’clock –be brave, …Mrs. Veinerschlappen  is  waiting for you!”

She laughed and turned away. Her aunt would be delighted with the new volunteers.
The boys began arguing, wrestling, and punching one another.
“You be the flautist, dummy!”
“It was your idea to challenge Orchie, so you be the flautist!” Dewie argued.
“What’s a ‘flautist’ anyway?”  Little Bob asked.
“Ask Arthur,–he’s  it !  Dewie laughed, shrugging.

*Photo ‘the flautist’ courtesy of Wikipedia

2 Responses to The Orchestra